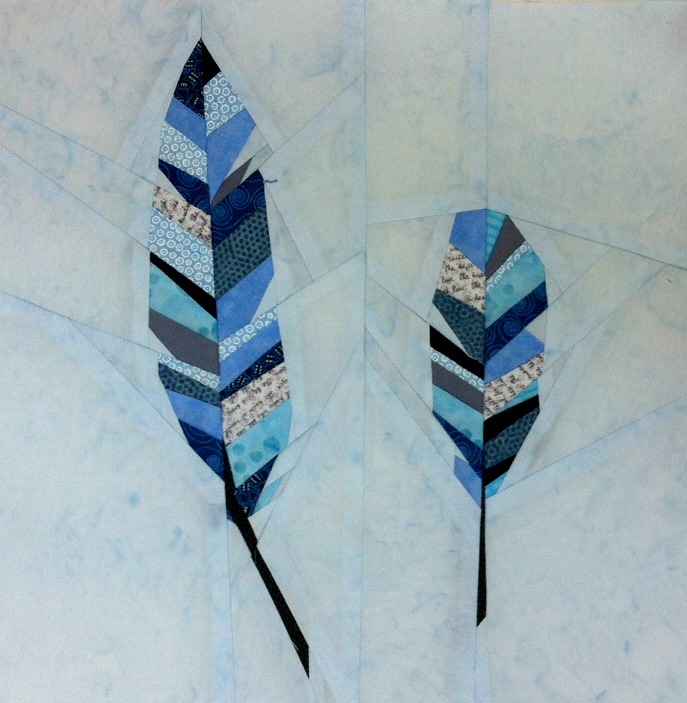 This is the second block in the Forest Quilt-Along being hosted by Polish quilters, Joann at Shape Moth, and Julianna at Sewing Under Rainbow. This particular block was drawn by Joann. Both of these artists do an amazing job of figuring out how to draw complicated paper-pieced blocks. Joann has an interest in birds, as well as a deep interest in Native American culture, so this block is a natural extension of those interests. If you would be interested in giving this block a try, the tutorial can be found at Shape Moth. Visit the Forest Quilt-Along Flickr group to see photos of the amazing blocks being made.