Today, I will continue to share my photos of quilts displayed at the International Quilt Festival in Houston last month. The quilts in today’s post are among my favorite in the show.

The beautiful quilt above is called, “Tuning Fork #6,” and was made by Heather Pregger of Fort Worth, Texas. As the name implies, it is the sixth in a series of quilts using a tuning fork motif as its central element. 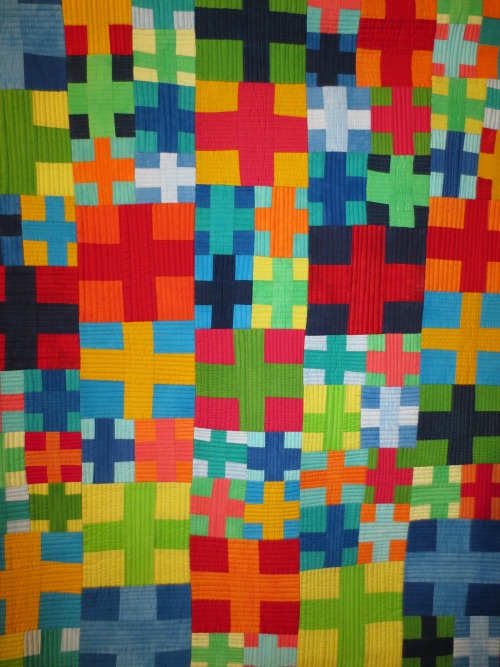 This quilt is called “Intersections,” and it was made by Diane Melms of Anchorage, Alaska. It represents the intersection of people and ideas and how that adds positively to our lives. 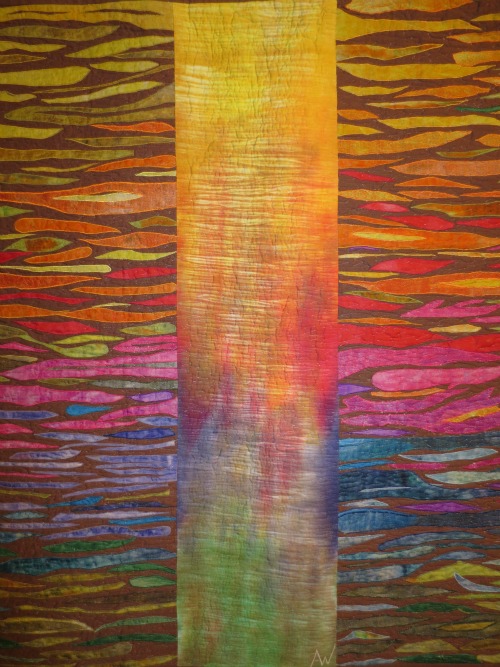 This is called “Panta rhei – Al is flowing,” and was made by Anita Welty of Aachen, Germany. It represents the unstoppable flow of life, ideas, seasons, day, night and time itself.  The colors of the hand-dyed center fabric are echoed in the wave-like outer borders. It was beautifully quilted and appeared to shimmer. 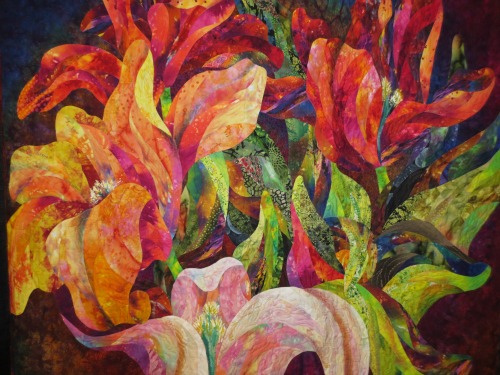 This absolutely gorgeous quilt is called, “Tulips,” and was made by Charlotte Hickman of Oklahoma City, Oklahoma. It was inspired by tulips that were grown in Charlotte’s garden. It won the Hands All Round Award sponsored by Quilters’ Newsletter. We will, obviously, be seeing this beautiful quilt on a future cover of the magazine. 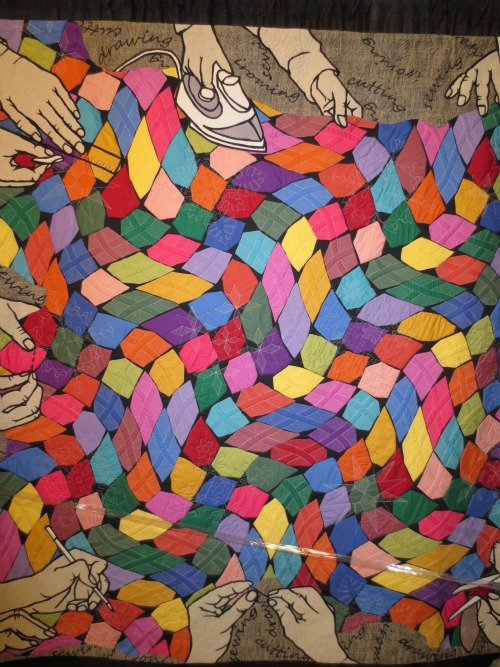 This very graphic quilt is called “Viva Quilt,” and was made by Noriko Nozawa of Chiba City, Chiba, Japan. It was inspired by quilters who gather together for quilting bees. If you look closely at the quilting you will see beautifully executed stars, diamonds, leaves and wreaths worked into the quilt blocks. This was a pleasure to look at because the longer I looked at it, the more detail I began to notice. I should mention that the clear plastic strips you might notice in some of these photos are the viewing barriers. I appreciated that they used clear plastic because the barriers did not detract from viewing and photographing the work. 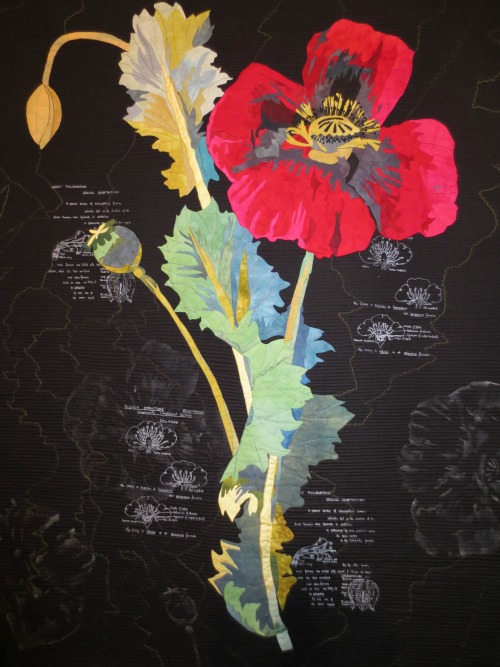 This is “Papaver Somniferum,” by Grace Meiject of Awbridge, Hampshire, United Kingdom. This quilt was inspired by paper cutouts made by Mrs. Delany, an 18th century woman of standing in England, who began cutwork art at the age of 72 years. The black background has been imprinted with horticultural images of the papaver somniferum (poppy). 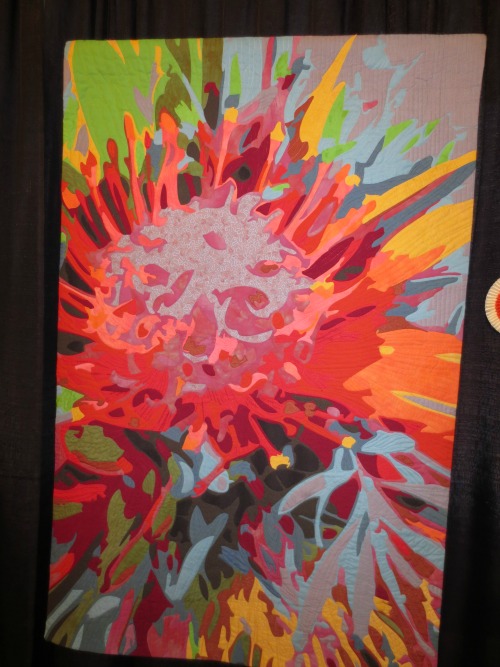 The last quilt I will share in this post is “Passiflora,” made by Lauriane Lucas of Vigneux sur Seine, France. Its inspiration was a photograph of an exotic flower. This won the Judges’ Choice Award in the Open European Quilt Championship of 2012. I love floral quilts and judging by the number of ribbons hanging in the exhibit, the judges do, too! Thanks for stopping by and sharing my experiences at the IQF Houston.