Have you ever sewn a block that just refused to cooperate? No matter how much time you spend, how you whisper to it, or threaten it with the seam-ripper, it just will not become a cooperative part of a quilt?

I have spent the last three days sewing one 12 1/2 inch block.

Terrie in the Bee Unique Bee Knotty Bee mailed a darling novelty print featuring snowmen, a red print, and a white on white fabric for the background. She asked that we make her a traditional block which features a snowman.  Simple enough.

Terrie is a hard-working mother of seven (how does this woman have time to quilt, let alone administrate several bees on Flickr?) and I wanted to make something nice for her. I picked out a block pattern, cut out the pieces and spent an entire afternoon sewing it together. I was using a low steam iron to press it so I could photograph it for Flickr and ….. oh, no. The red print started bleeding out into the white background. I lifted the iron as soon as I saw it, but too late. The block was ruined. 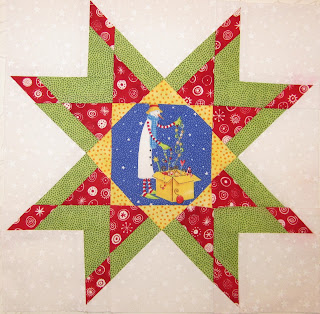 I dabbed Oxi-Clean on the bleed with Q-Tips and left it overnight, but when I rinsed it out in the morning it left a pink stain on the right side of the block. Back to the drawing board.

The snowman I picked was unpacking a box of Christmas decorations. So I thought it would be fun to put him in a house that he could decorate. (This is where my creative side leads and my brain goes along for the ride.) So I sewed up a block with the snowman inside decorating. 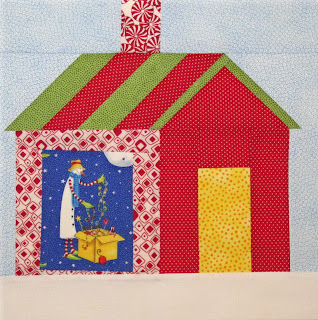 I went to Flickr to upload it to the group and stopped to read Terrie’s instructions again. Uh-oh. She wanted a traditional block. This isn’t going to fit in at all. Back to the drawing board.

Today I found another block and decided to keep it simple and get this block sewn. I cut out all the pieces but found that the snowman was too small for the center. I spent some time sewing extra pieces of fabric on the snowman center until it was big enough. Fabric was cut, seams were sewn and the block emerged. 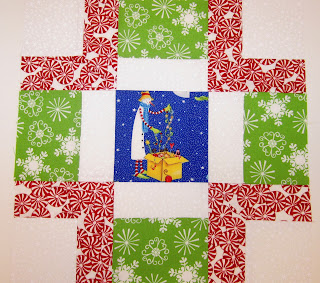 Thank goodness. I like the way this block turned out. Maybe the block knew more than I gave it credit for?

3 thoughts on “The Block that Would Not Be Made”