Many things, including another quilting project, kept me from spending much time on the Farmer’s Wife quilt this week. I did finish three blocks. The first is block number 27 and it’s called Darting Birds. On square you see the bird shapes better. On point, it looks like blue robots…..a little creepy. 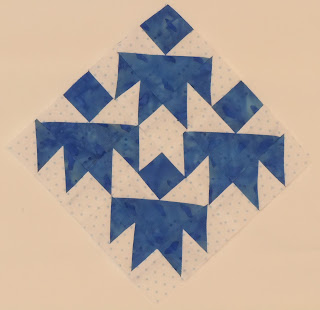 The next block is number 52, and it is called “Hovering Hawks.” It’s been all about birds this week! 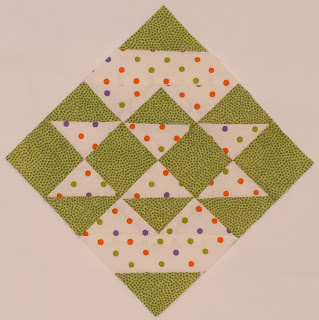 And the last block is number 28, and it is called “Duck and Ducklings.” Don’t you wonder who named these blocks? This is my favorite this week. 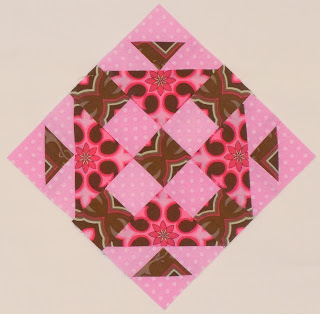 The evenings are chilly and the days are getting shorter. I spent some time yesterday making some fall decorations to put by the front door. 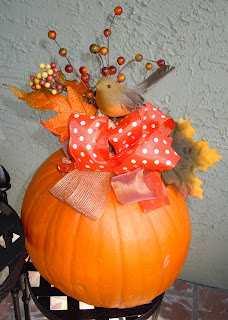 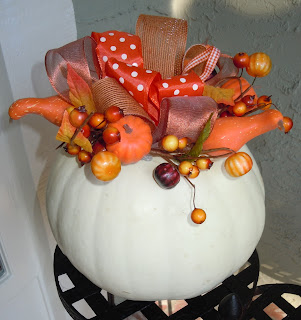 I bought ribbon and artificial fall flower picks at Joann’s, which were 75% off…awesome! I took two pumpkins and hot glued the flower picks to the tops and then filled in the center with pieces of ribbon that I hot-glued in place. It was fast, easy and inexpensive and really helps dress up my front porch. Of course, they will need to come inside on Halloween night since the neighborhood teenagers make a sport of smashing any pumpkin left outside after the lights are turned out.

I hope all is well with you and your family,