Life has taken me out of my sewing room for the last two weeks, as life will do once in awhile. One week was spent with a case of stomach flu. I rarely get sick and I have never had the flu this early in the year…word to the wise, get that flu shot.

I spent some time playing on Picnik.com this afternoon. It is a photo editing/printing/sharing site and you can do some really fun stuff with your photos. I used this week’s Farmer’s Wife blocks as my experiment. I have placed the name and block number on the individual photo and then used a color filter on the outer edges. 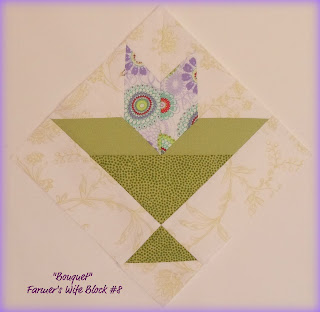 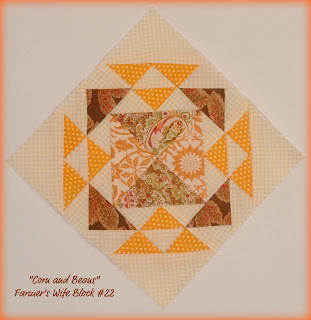 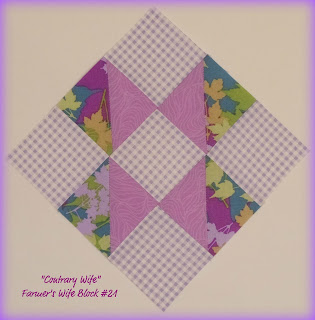 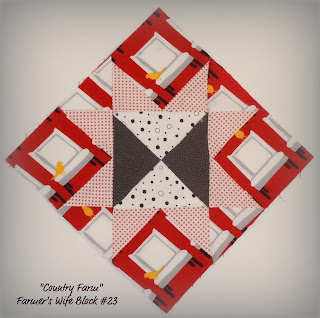 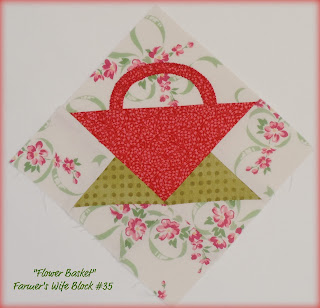 I have to stop here a moment to comment that “Flower Basket” is not one of my favorites. The handle is squished into the upper one-third of the block and the two half square triangles on the bottom of the basket seem too big. 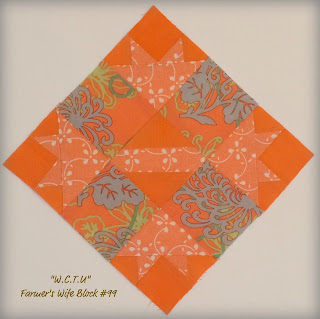 Here is a mosiac of the 36 blocks completed so far: 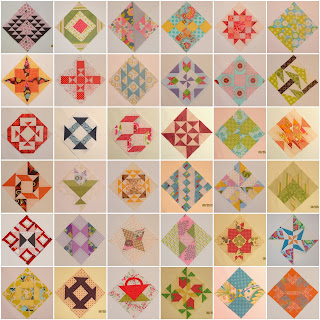 And here is a super fun feature I found on Picnik.com. I imported the image above (which I made at Bighugelabs.com in their Mosaic maker) into Picnik.com. Picnik has a feature that allows you to put two borders around your photo, and you can color those borders from an amazing color palette. I was able to preview potential inner and outer borders for the blocks so far. How fun is that? 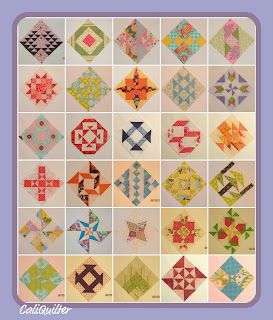 ?
Until next time,
Joan