I didn’t encounter as many trials and tribulations on this week’s Farmer’s Wife blocks…thank goodness.
The first block I did was this one, block number 56, called “Maple Leaf.” I forgot to turn off the date feature on my camera….sorry. 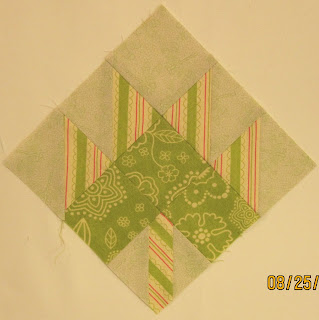 The second block is number 69, and it is called “Practical Orchard.” 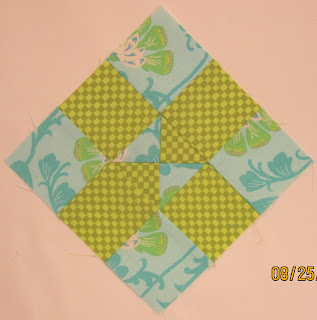 ?
The third block is number 72, and it’s called “Railroad.” The fish and the blue background with the little white circles reminds me of an aquarium. 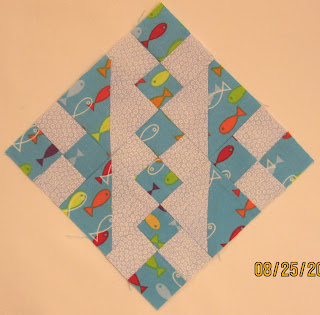 The next is an old-fashioned favorite, “Wrench,” and is block number 111. 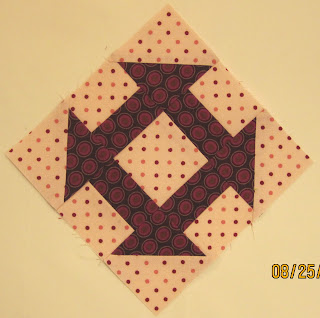 The next block almost made me lose my mind. It is block 38 and is called “Four Winds.” I love the design of this block but…..it has 64 individual units. It took me over three hours to sew this six inch block. 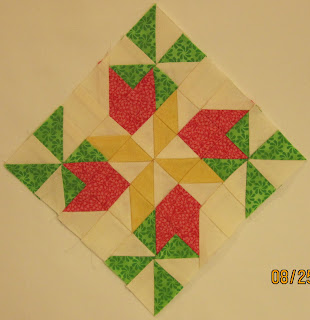 And lastly, block 100, called “Weathervane.” I made a color mistake in this block. The arrows should have been done in the darker red color and the background square should have been the floral. I think my brain was still reeling from sewing “Four Winds” all morning. 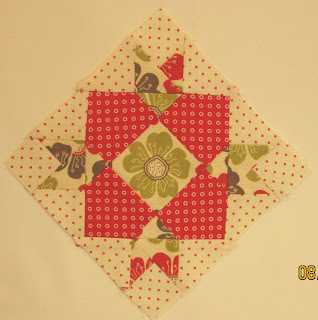 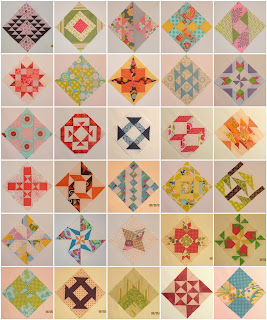 ?
And to close, a dear friend recently lost her beloved Golden Retriever. She and her husband decided to adopt a new puppy and found one through the local Retriever rescue group. Who can resist a cute puppy photo? 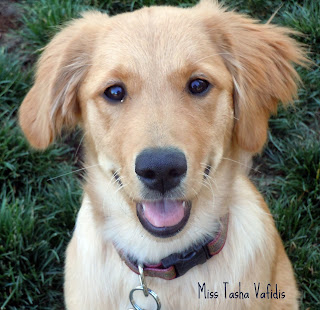