Aurifil Thread’s Designer of the Month BOM for February is Marie-Claude Picon-Iperti of France. In this interesting block of the month, each designer’s block must be inspired by a rock music song. Marie-Claude’s block is called “Heavy Cross” and was inspired by the song of the same name performed by the rock band “Gossip.” If you are not familiar with the song, it is the background music used in Dior’s “J’adore” perfume commercial which was filmed at Chateau Versailles. The designers must also use fabrics from Pat Bravo’s new fabric line called Rock and Romance. This is Marie-Claude’s block:

This is my “Heavy Cross” block made from Marie-Claude’s pattern: 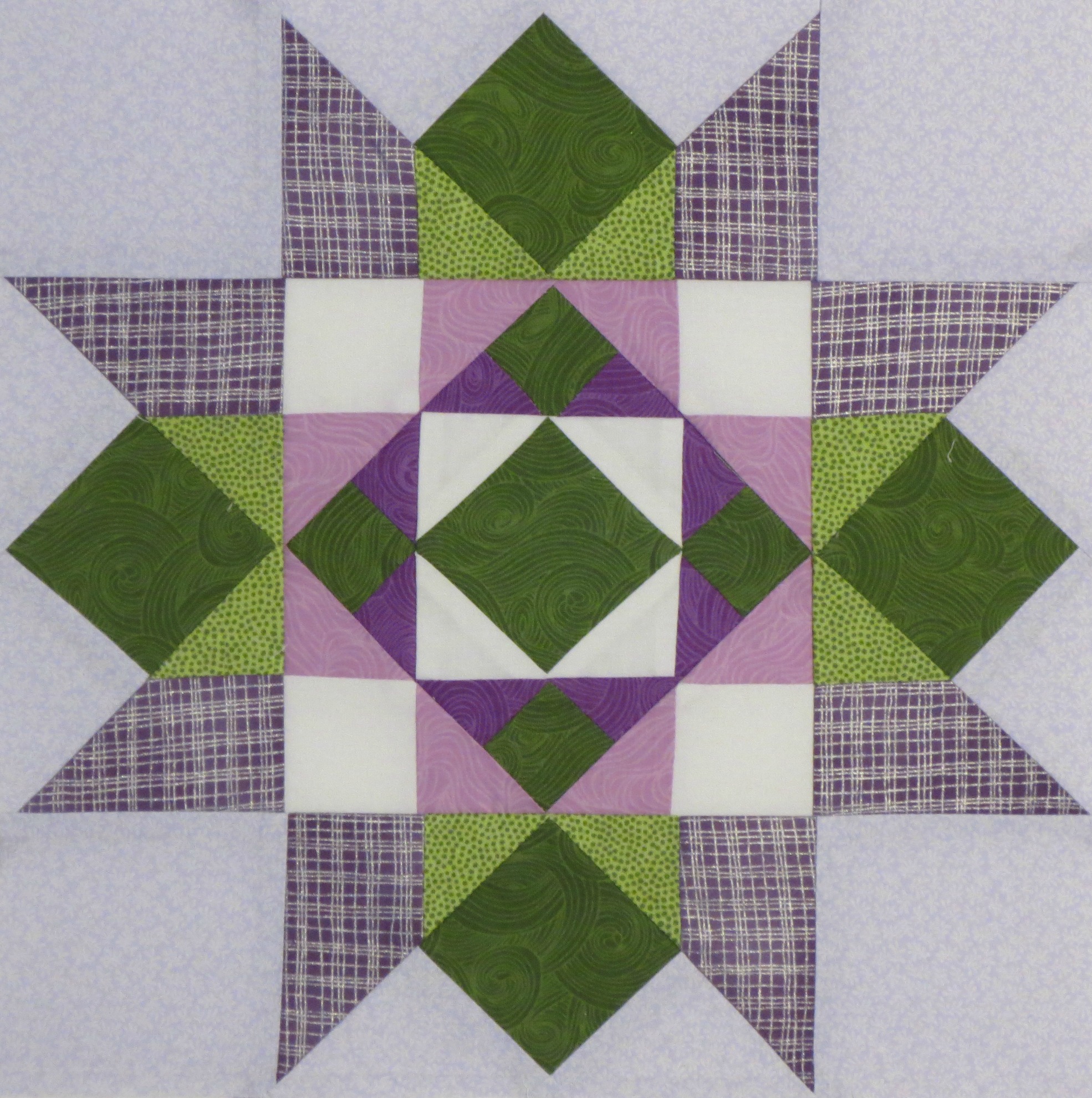 I have to admit my seam ripper was called into action several times while I was making this block, but I am happy with the way it turned out. It is very interesting visually and would be a nice addition to a star sampler quilt. If you would like the pattern, visit http://auribuzz.wordpress.com/2013/02/06/february-designer-of-the-month-is-marie-claude-picon-iperti/.