Skip to content
This is enough to make me want to learn to knit. 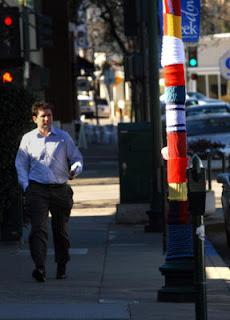 Two days ago a popular downtown restaurant in Walnut Creek was yarn bombed. The light pole outside the front door was wrapped in what looked like a giant leg warmer and the metal railing leading to their outdoor seating area was also shown a little love. Although the restaurant owners pleaded with the City to leave the urban art in place, the City Public Works Director declared it an act of graffiti that should not be encouraged. She sent the City maintenance workers down with a pair of scissors and they cut it off. Booooooo!

I have to admit that I had never heard of this form of guerilla knitting, but I did some searching on the internet and found that this urban art form is becoming very popular worldwide. You can see some amazing photos online at http://www.yarnbombing.com/. Here are some I love: 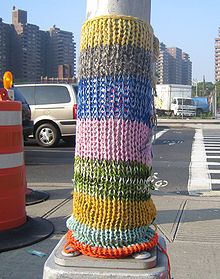 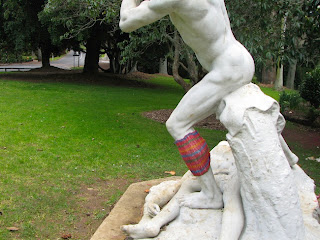 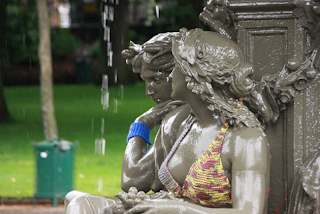 And here is some really serious needle work:? 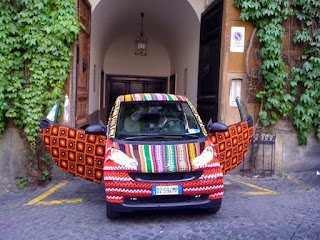 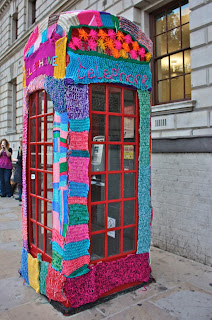 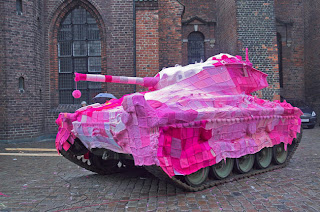 This might be a great anti-war tactic. It’s hard to take a tank seriously when it’s covered in pink yarn, completed with pom-poms. 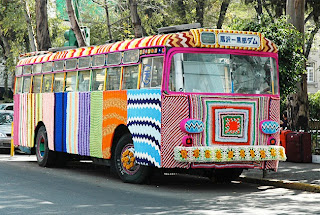 ?Looks like a little crochet was included on this one.
I found several Flickr groups that are dedicated to collecting photos of yarn bombing. Check out Yarn Bombing DIY, Guerilla Knitting and Urban Knitting on Flickr for more fun photos of this outrageous urban art form!?
?