Today I spent some time looking at these…. 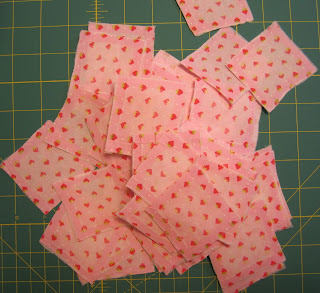 I wrote about them a while back. They are two-inch squares that my 30 year old niece lovingly picked apart from her baby quilt that she had quite literally loved to death. She could not bear to part with it so she asked me to put them into something new for her. Her birthday is in mid-May and I want to give it to her then so I need to get cracking on this project.
When I asked if she had any ideas for the quilt, she drew a little picture of a nine patch block and said that was the only quilt block she could think of.
I have decided to take a stab at making her a modern nine patch and here is the plan. 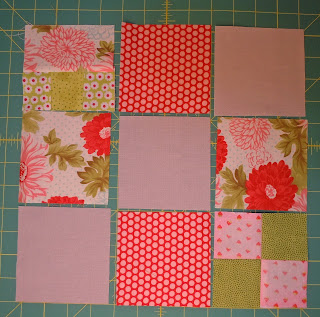 Nine four-inch blocks. One or two of the blocks will need to be pieced so I can work in those little two-inch lovies. She gave me four fat quarters of fabric that were pink, blue, green and gray so those are the colors I will use.? 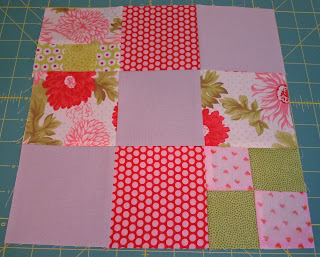 Sew the blocks together…. 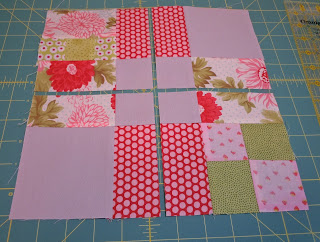 Cut the block through the center vertically and horizontally… 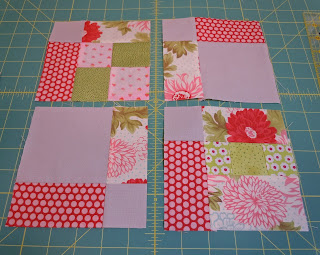 Spin the four quarters around until I find a combination that I like and then sew them together. 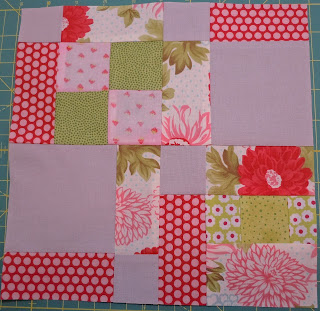 My niece is a very urban young woman so I am hoping the modern nine patch will appeal to her. 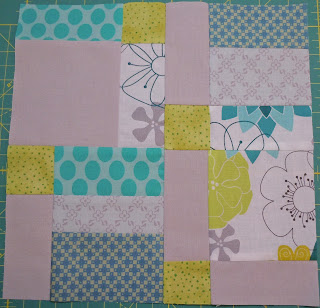