I promised myself I wouldn’t do this. I have joined another bee. I have joined an international bee that has just begun a second round, called Quilt Around the World. There are some talented quilters in this group so I know I will enjoy making new friends and a lot of new blocks.

I chose my starter block today. It is Lone Starburst. 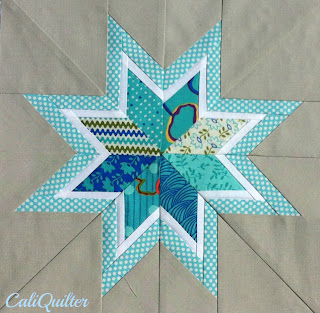 I have admired this block since it started appearing on Flickr about six months ago. I have seen it with various names, “Lone Star,” “Rainbow Star,” “Lone Starburst.” I am not sure who originally designed it but I used the tutorial at http://www.four-white-horses.blogspot/. It is paper-pieced and surprisingly easy to make.
I am looking forward to getting to know the 23 quilters who are participating in this project from countries around the world, and I am excited to see what new things I learn in the process.
I hope all is well with you and your family, and that you are having a wonderful weekend.
Until next time,
Joan
?